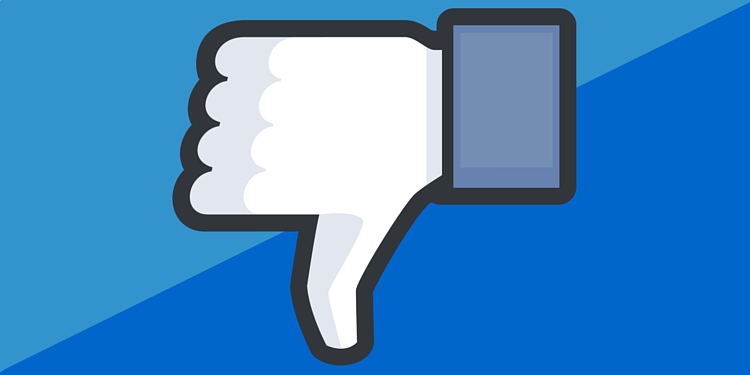 Facebook CEO Mark Zuckerberg recently confirmed that the team is actively testing a dislike button (though it may not actually be called “dislike”), and plans to roll it out in the near future.

As your eyes narrow and your brain explodes with thoughts of…

“Your kid really isn’t as cute as you think, and this is the sixth picture you’ve posted of him today…DISLIKE!”

“Political or religious view I don’t agree with? DISLIKE!”

Remember that Facebook has refused to incorporate a dislike button for years now. It’s actually been one of the most requested features, but they decided against it, most likely to avoid the idea of promoting negativity. You can’t really fault them for that – there’s plenty of negativity online already. Personally, I think they’ll do it in a way that’s smart enough to avoid simply being a tool for fanning the flames of unnecessary Facebook drama and bickering.

When it comes to users wanting to express something other than a like, Zuckerberg says he understands.

“What they really want is the ability to express empathy,” he said. “Not every moment is a good moment.”

He’s right. I can think of quite a few specific examples I’ve experienced recently when a like or a comment just wasn’t right. A few days ago, I saw an acquaintance post something about his father passing away. I’d like to show my support and acknowledge what he’s going through, but “liking” that status just doesn’t make sense. I didn’t know his dad, so I can’t really make a meaningful comment like his close friends and family had done. Ultimately, I just moved on, but I think a dislike button would’ve been great in that situation.

Of course, there are other things to consider and questions to ask that might affect you more than a personal status. Will the dislike button be universal across all types of Facebook content? For example, will people be able to dislike an ad you’re running? Will posts from business pages be treated differently than posts from personal accounts? What about comments on a post?

It looks like we’ll have to wait and see. Facebook is testing the dislike button now, but we don’t have details beyond that.

What do you think? Will this have any affect on your Facebook experience? Let us know in the comments.

Check out our free 7-day social media e-mail course to learn more about how to effectively use social media in your sales and marketing.