How pickles could make or break your real estate career 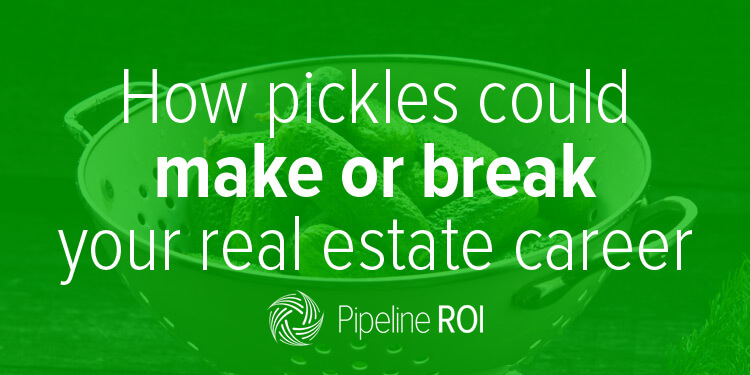 I agree. In fact, I almost changed my mind about using it.

However, when I read our recent post “5 ways you’re sabotaging your own business,” this story relayed to me by a former boss kept creeping into my mind. The more I thought about it, the more I realized just how much of it applies to everyday life, especially for real estate pros who are heavily invested in their businesses.

It’s funny, thought-provoking, and pertinent. And it all starts with pickles.

The Fresh Prince of Bel Air is in full swing, the economy is in a steady upward tick, Michael Jordan is dominating the NBA, and my former boss (we’ll call her “Donna”) is working for an extremely popular American fast food chain.

Now, let me be clear. She wasn’t working the register or flipping patties. Donna was in a position in which she would travel to different stores, working with employees of all levels.

There was one store in particular, though, where she learned an interesting fact about the food being served.

Those with children may understand this part of the story better than others. When kids are given their little cheeseburgers, something they tend to do (before seeing how much they can fit in their mouths at one time) is remove the top bun, take off the pickles, and set them aside.

However, in this particular location, the kids all tended to do something Donna hadn’t seen elsewhere.

They would stick their pickles to the wall.

Confused by how this was possible, Donna asked the general manager what was going on.

According to him, when the ketchup, mustard, and pickle juice mix together, the result forms a sort of glue (appetizing, right?).

How this was discovered, he had no idea. But child after child would pull those pickles off, give them a hearty *slap* on the wall, and move onto eating their meal.

Then, even after the children and their exhausted parents were gone, the pickles would remain – lightly cemented to the ugly, peeling wallpaper beneath.

The general manager then explained that every morning before his shift started, he would come in and, using a small chisel, remove any pickles from the day before. He said it was important to do every day, as the longer the food remained, the stronger the adhesive would become.

The next morning, Donna, needing to complete some paperwork, arrived to the restaurant before the general manager. As she walked through the door, she noticed something to her right – a pickle on the wall. She smiled to herself and eagerly awaited the arrival of the general manager, so that she could watch his chiseling process.

But something far more interesting happened.

The GM was late that day. As he came running in, Donna watched him look to his right and notice the pickle on the wall. He skidded to a stop and reached into his pocket, but as he pulled his chisel out, he gave a frantic look at his watch, shook his head, and continued to the back of the store – leaving the pickle behind.

The day wore on, and the pickle continued to sit.

The following morning arrived. Still behind from the day before, the manager rushed into work, looked over at the pickle, looked at his watch, and moved on.

This time, though, the routine was not the same. The manager walked in and did not look to his right. The pickle was still there. Donna was staring right at it. But he walked straight back to the kitchen and began preparing for the shift.

For the remaining week Donna was in the store, she watched each morning as the manager walked past the pickle, no longer recognizing its presence. Before she left to move onto the next location, Donna held a meeting with the GM to go over her visit.

As the meeting concluded, she asked one final question – what about the pickle?

Red in the face, the manager admitted he had forgotten it was there and that he was embarrassed to have let it sit for so long.

He assured her he would remove it as soon as their meeting concluded.

As she was gathering her things to leave, Donna looked over and saw the GM, chisel in hand, attempting to chip away at the eyesore, struggling greatly, as the “glue” had undoubtedly gotten stronger over the few days it was allowed to sit.

What seems like a silly story has had a profound effect on my life. When we get busy with work, or with life in general, we sometimes begin to let things slip.

We go without checking our e-mails for too long. We let our voicemail box stay full. We stop writing for our blog or stop updating our website. We continue using a headshot from 20 years ago.

Whatever it is, it can easily become just like that pickle. It’s a huge deal at first – but something else manages to take priority.

“Yes, I know I haven’t posted on social media for weeks, but I need to finish this paperwork for a client.”

Now, I’m not saying you can’t prioritize. In fact, being able to do just that is key to maintaining a busy work schedule.

But prioritization is not the same as simply ignoring something. Especially when it comes to marketing and keeping a presence online, constant maintenance is necessary for success.

Remember, your website visitors are often seeing your page for the very first time. As such, those little things you no longer notice are the first things that catch their eyes.

You have to continue to view yourself, your business, and your website through the eyes of someone new. Becoming comfortable and complacent is, unfortunately, very easy. But it won’t help you grow.

Ask yourself today – what are your pickles on the wall? And what are you going to do to remove them, no matter how difficult it may be?

At Pipeline ROI, we pride ourselves on providing real estate pros with everything they need to successfully market their business with our specifically-designed tools, tips, and training. If it’s time for you to re-assess your marketing, we’d love to help. Give us a call at 1-866-300-1550, or click below to get a free demo of our complete inbound marketing platform. 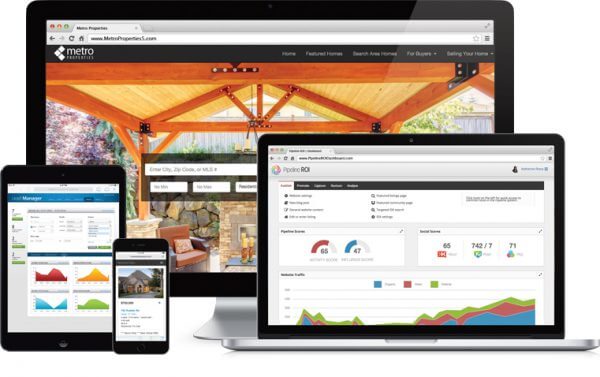 Get a live demo