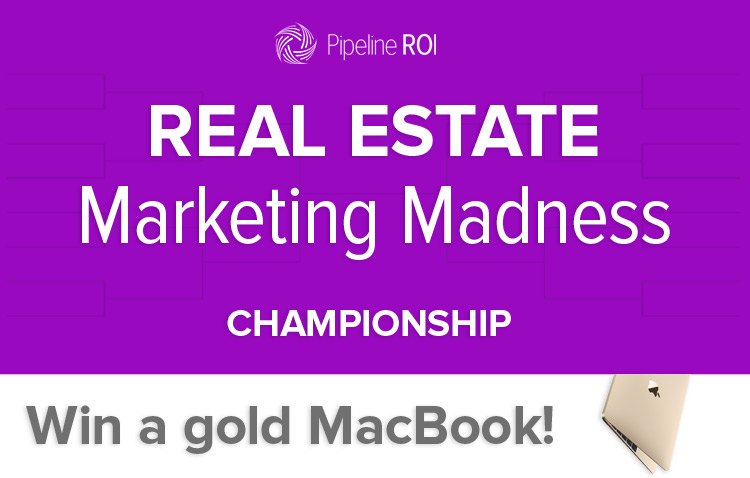 In the last round of Real Estate Marketing Madness, two tried and true types of real estate marketing beat their competition to face off in the championship round. Now, referrals and in-person networking will go head to head to decide what’s the ultimate marketing tactic. Pick your favorite below, and don’t forget to enter to win a gold MacBook at the bottom of the post!

Referrals: Blogging made a solid effort as the lowest seed to make it to the final four, but ultimately it couldn’t sneak past referrals last round. While many agents generate a large amount of their business from referrals, it’s not as common as it once was in the industry. There are dozens more lead generation tactics to focus on. But are referrals still the most effective form of marketing for real estate pros?

In-person networking: In-person networking easily took down organic social media in the final four to advance to the championship. Now, it’s facing off against another old-school marketing tactic in the toughest round. With the amount of networking groups, city committees, and charity organizations out there for agents to get involved in, it’s a strong marketing tactic for sure. But is it more effective than a referral from a past client or friend? Make your pick below to decide!

What was your favorite marketing tactic throughout the competition? Who did you predict to win? Drop a comment below, or Tweet us @PipelineROI with the hashtag #REMarketingMadness to let us know what you think!

Don’t forget to fill out the form below for your shot at a gold MacBook!